Success stories of our clients

157 leads that resulted in scheduled calls or in-person conversations.

Wales-based with London offices, Bridge Coffee Roasters supplies roasted coffee, coffee equipment and training to hotels, restaurants - any establishment that serves coffee. Focused on quality and customer service, Bridge has been working with businesses since 1985 to share their knowledge of responsibly produced, high-quality beans.

Today, the roaster offers a full-service, turn-key alternative to corporate coffee. From bespoke blends to barista education and ready-to-operate “pod” kiosks, the 16-person Bridge team provides their partners with the knowledge and means to serve excellent espresso, every time. “It's easy to sell your first cup of coffee, but to sell the second cup you need to make sure the consistency is there,” explains Darryl Devenish, Bridge’s Director of Sales.

With a limited team focused on a loyal customer base and daily operations, Bridge was looking to generate additional revenue. The challenge they faced wasn’t expanding their trademark services to take on new clients, it was getting a foot in the door with limited bandwidth. “There are some big players in the coffee market, international franchises,” explains Devenish, “We needed a more economical way to start conversations with potential partners. We decided Gravitas.io was the way forward because they came highly recommended by the SME Partners, our branding and product development advisors. It just made sense.”

“We identified thousands of potential targets, but focused only on restaurants and businesses with multiple locations. Then we made sure they served breakfast because 70% of coffee is sold in the morning,” Addis says. “Our team goes through every prospect’s details by hand to make sure they are a good fit. We increase our client’s odds of success by taking the time to make sure their prospect list is as accurate and relevant as possible.”

With a list of hand-research prospects, Gravitas moved on to the next step — targeted outbound email. “We crafted an outbound email campaign for Bridge based on a proven framework that works very well with companies that sell physical products business to business. We have used the same framework successfully to deliver 86 leads for Orca Hygiene and 156 leads for WTTB.co.uk,” Addis explains.

Carefully selected contacts in the hospitality, hotel and food service spaces received the first email of the four-part Gravitas.io email campaign. Of that initial run, 80.33 per cent of the emails were opened and 32 per cent received a reply. “As part of our research process, we take care to identify our prospects and each email Gravitas.io sends contains a personalised introduction,” says Addis. “It is a time-consuming but necessary effort that really improves our read and response rates.”

“Bridge received 157 positive replies that resulted in scheduled calls or arranged meetings at the Bridge showrooms,” Addis summarizes. He adds that “154 additional businesses on the list reached out to Bridge to explain that they were currently under contract but provided additional valuable information including when those contracts were scheduled for renewal.”

For Bridge Coffee Roasters, the Gravitas.io campaign exceeded expectations. “Some of the conversations Gravitas.io has started could max out our current roastery capacity,” says Devenish. “We are making plans to scale up with new equipment. There's a lot of decent opportunities on the table.”

“I personally didn't envisage it working as well as this if I'm honest,” Devenish concludes. “At the end of the day, we have had to remap our sales pipeline and take on a new business development manager to cover the response.”

"The response has been fantastic. We've already converted not just website registrations but significant sales. After day three I was calling customers to follow up and to understand how we could collaborate.” 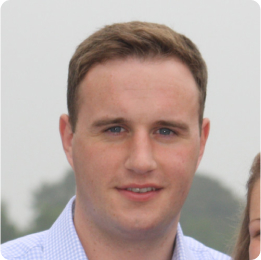