Putting Pervasive Displays on the Medical Map with Outbound Email

Success stories of our clients

64 leads in four months. Enterprise client engagement in Asia, Europe, US, and UK.

Pervasive Displays is one of the world’s top electronic paper display manufacturers. Their tailor-made display designs, low power consumption, and proprietary technologies have put the Taiwan-based manufacturer at the head of the market for e-paper technology and displays in the retail sector. Despite their retail sector successes, however, Pervasive Displays was aware they were leaving huge sources of potential income untapped — but not for lack of trying.

“The company has been using legacy marketing services for several years and they were frustrated,” explains Connor Addis, Managing Director at Gravitas.io. “They felt the incumbent firm was relying too heavily on its past successes. Pervasive Displays wanted a fresh approach that delivered results.”

That fresh approach was Gravitas.io and targeted outbound email, a strategy the company had never attempted. “Like many of our clients, Pervasive Displays reached out to us by referral — in this case from Ground Support Labs, a client we have provided over 120 enterprise sector leads in the last 12 months,” says Addis.

The brief was clear. “Having conquered the retail sector, Pervasive Displays wanted to replicate that success in the medical equipment sector. They were looking for a marketing partner to create opportunities with manufacturers of top-quality medical equipment that would benefit from the high reliability and low power consumption their technology offers,” says Addis.

Gravitas.io set to work getting the manufacturer the traction they were looking for in their new sector. “Our team scoured the Internet looking for medical manufacturers with existing devices that matched the capabilities of Pervasive Display’s products,” says Addis. “We began with simple Google Image searches and escalated our efforts from there, identifying candidates using LinkedIn lists and manual research.”

After compiling a list of companies that manufactured suitable products, Gravitas.io began its next phase of research — identifying the decision-makers. “Every lead was very accurate. Every potential contact was approved by Pervasive Displays as someone who met their strategic business objectives,” says Addis.” “They had to be. The nature of both the product and the industry meant we needed to approach heads of engineering, technically oriented individuals more interested in fact than sales pitches.”

Gravitas.io delivered a brief, to the point, carefully targeted, and highly personalized four-stage email campaign that demonstrated the immediate value of Pervasive Displays’ technology. “It is a proven strategy that has been very successful for our manufacturing clients that sell physical products B2B,” says Addis referring to prior high-yield campaigns with a major UK cleaning products manufacturer, Bridge Coffe Roasters, WhereTheTradeBuys.com, and Blake Envelopes.

In a typically unreceptive industry sector, the Pervasive Displays campaign is an unqualified success. The company has seen a strong response from medical device manufacturers like Honeywell, Meditech, LifeScan, Logitech, RKI Instruments, and SunMed interested in discussing their technology.

“Four months into a six-month campaign, we have delivered 64 leads, and at our current rate of four leads per week, we expect to deliver over 100 high-probability prospects by the time we have hit six months.”

“Four months into a six-month campaign, we have delivered 64 leads, and at our current rate of four leads per week, we expect to deliver over 100 high-probability prospects by the time we have hit six months.” 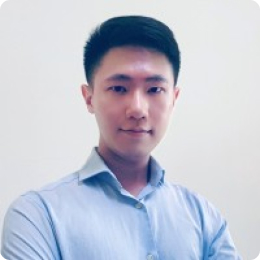